It came from the skies.

It’s a battle he’s still fighting 65 years later. Bolden, now 82 years old, is an atomic veteran - one of the hundreds of thousands of American service members used in human experimentation by the U.S. government during nuclear testing after World War II and sworn to a lifetime of secrecy. 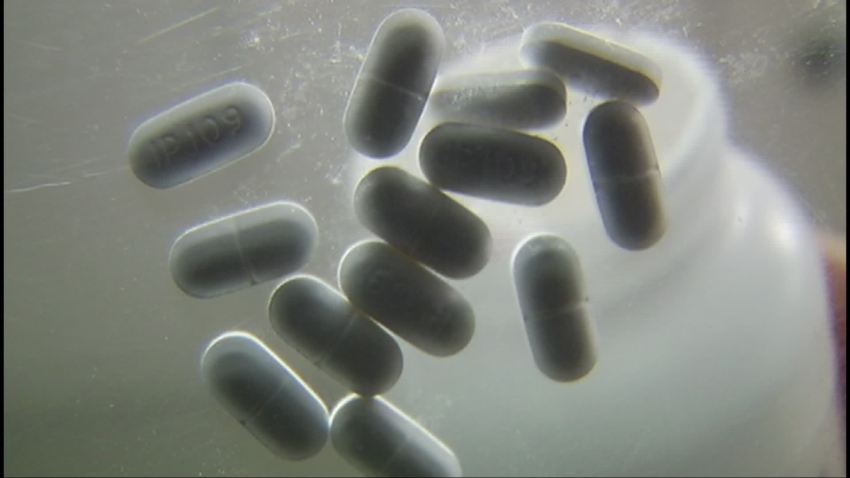 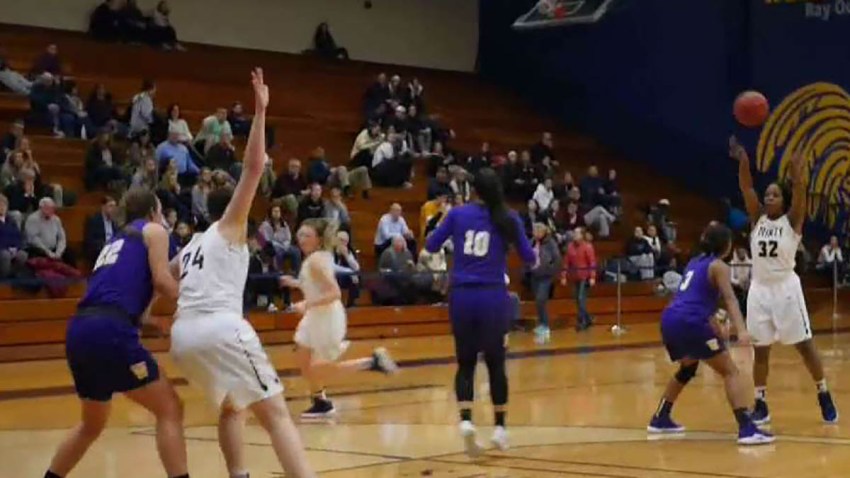 While accompanying a friend to a New Haven recruiting station in 1953, Bolden was enticed to join the Army. Just 16 years old then and already out of high school, he admits to “scuffing up” his birth certificate to pass for the enlistment age of 18, joining the estimated 200,000 underage soldiers who would serve in the WWII and Korean war eras.

After basic training in Fort Dix, he was assigned to work as a tank mechanic in Texas before moving to California and becoming a surface to air missile mechanic.

Despite an executive order issued on July 26, 1948, by President Harry S. Truman to desegregate the armed forces, the last all-black units in the military weren’t abolished until 1954. And in 1955, Bolden says, racist attitudes persisted even after units were racially integrated.

“The residual thoughts of people were still lingering on,” he says. “My outfit was 800 people strong. Thirteen of us were black. Ten were from the South who were more tolerant of the treatment that they got racially. But the three of us from the North weren’t tolerant of that, so I got in a lot of fights because of that. So I was the guy they wanted to get rid of.”

It wouldn’t be the only racial discrimination Bolden would witness as a soldier.

In 1955, the 17-year-old was suddenly ordered to the Nevada desert with no explanation.

What he would eventually face was a classified operation known as Operation Teapot at the Nevada Test Site. In a series of 14 bomb drops, or “shots,” military officials sought to test the effects of nuclear bombs on structures and strategies, animals and people.

All races of military personnel participated in Operation Teapot. But upon arrival in Nevada, Bolden was stunned to realize all the other soldiers in his new unit specially selected for a mystery assignment were also black.

“There was this myth about black people being able to withstand, tolerate certain things more than any other race,” he says. “So it was a test on that also.”

On a February morning, Bolden’s unit was ordered into a trench in the desert. Unbeknownst to them, it was dug in the predicted path of the fallout, just 2.8 miles away from what would become ground zero for an atomic bomb drop.

Even as a countdown blared on loudspeakers, Bolden says, the soldiers still had no idea what they were about to face. With no protective gear beyond standard cloth fatigues and helmets, they waited and watched.

“They tell you to cover your eyes,” he says.

On February 18, 1955, Shot Wasp, the first nuclear test of Operation Teapot, detonated at exactly noon, a Mark 6 nuclear bomb dropped from a B-36. A monstrous mushroom cloud filled the sky, reaching 21,500 feet in height.

“With the radiation, when you put your arms across your eyes or your hands, you actually see the bones, you see the bones in your body from the exposure. You can see your skeleton.”

After the fallout came the warning.

“You are sworn an oath not to talk about it,” Bolden said. Soldiers were threatened with imprisonment and fines for violating the oath.

For 60 years, Bolden told no one. Not his family, not his wife, not his children. Not even his doctors when the tell-tale cancers started to show. He developed bladder cancer and posterior subcapsular cataracts, and in 1990 was diagnosed with multiple myeloma.

“I was actually given three and a half to four years to live,” Bolden recalls.
So by 1995 I was supposed to be a statistic.”

But by 1995, Bolden was in remission. And a national secret was coming to light.

Government figures estimate between 400,000 and 550,000 American military personnel participated in a variety of nuclear tests between 1946 to 1992. According to the Department of Defense’s Defense Threat Reduction Agency, this includes the post-World War II occupation forces of Hiroshima and Nagasaki, prisoners of war in Japan at the conclusion of World War II, participants of atmospheric nuclear tests in Nevada and the Pacific from 1945 to 1962, and participants of underground nuclear testing in Nevada from 1951 to 1992.

Many of these “atomic veterans” succumbed before their stories became public knowledge, their bodies riddled with cancers. In the 1990s, the veil of secrecy began to lift.

After establishing the Advisory Committee on Human Radiation Experiments to investigate the decades-long experiments, President Clinton issued a formal apology to America’s atomic veterans on October 3, 1995. At the order of the president, Congress would repeal the Nuclear Radiation and Secrecy Agreements Act, allowing atomic veterans to talk about their experiences without fear of fines or treason charges. And financial compensation was opened to all qualifying atomic veterans.

"Those who led the government when these decisions were made are no longer here to take responsibility for what they did. They're not here to apologize to the survivors, the family members or their communities whose lives were darkened by the shadow of these choices. So today, on behalf of another generation of American leaders and another generation of American citizens, the United States of America offers a sincere apology to those of our citizens who were subjected to these experiments. When the government does wrong, we have a moral responsibility to admit it," President Bill Clinton said on October 3, 1995

But the televised address was overshadowed. It happened the same day the OJ Simpson verdict was handed down in a live courtroom feed, taking over television sets and news cycles across America.

As a result, many qualifying veterans had no idea the ban of secrecy had been lifted, nor that they could apply for benefits. Bolden didn’t find out until he was researching on the internet, he says, in 2015.

“I got so angry and so aggravating to the government at one time I thought I was going to be assassinated to keep me from talking,” he says.

When Bolden attempted to apply for benefits, he discovered the burden of proof was placed back on his fellow atomic veterans. The government would give compensation from the date a claim was filed, but not retroactively, and only if the veteran could prove they participated in the tests – which proved an almost impossible task after millions of military records were destroyed in a 1973 fire at the National Personnel Records Center. As many as 18 million records burned, including 80% of all Army personnel discharged between 1912 and 1960.

“They were hoping that he'd pass away before that or he was gonna be one of those guys who gave up,” says Anthony Bolden, Hank’s son. “Not Hank. Hank ain't having it.”

After paying out his own pocket for a polygraph lie detector case, Hank’s claim was eventually approved, setting precedent for other atomic veterans whose records were destroyed.

“The love of music has always been there.”

After his honorable discharge from the Army, Bolden went to work as an engineer before deciding to pursue a career as a working jazz musician while raising his family. He tells the story as he cradles the tenor saxophone that’s been by his side since 1967. The “Rolls Royce” of instruments, he says.

The brand is Selmer. And in an eerie coincidence, the model is a Mark 6. It’s the same name as the Shot Wasp atomic bomb design.

But that is where the similarities end. The bomb was his nightmare. The music, his dream, and his outlet for working through the trauma of what he experienced in the Nevada desert.

“It’s like the blood in my veins. It takes away all my other thoughts,” he says

Bolden is finally receiving government compensation, and now he’s using it to help finish his dream. He’s back at school, studying jazz performance at the University of Hartford’s Hartt School.

“I’m like the relic here with all these young kids, you know,” he chuckles.

Professor Javon Jackson says the 82-year-old is making his unique mark on the prestigious program.

“He’s got a lot of emotion,” Jackson says. “He’s very bluesy, very soulful, a natural player. His life, the wisdom and things he’s acquired allow him to play the way he plays.”

The vast majority of America’s atomic veterans from the atmospheric testing era are gone today. Approximately 400,000 servicemen were present during those tests, according to the Veterans Administration. Survivors figures vary, from an estimated 10,000 to 80,000 are still alive.

Bolden believes he is one of only two surviving African-American atomic veterans who are acknowledged and receiving compensation from the government. He’s on a mission to reach as many of his survivors as he can, and help them apply for long overdue recognition and compensation.

And he’s sharing his story, he says, to ensure the plight of America’s atomic veterans is no longer ignored.

“When people such as myself pass on, this will not be a part of history unless someone in there to make sure it's kept alive.”

This article tagged under: